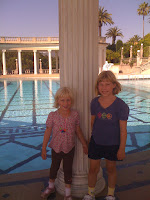 Tucked midway between northern and southern California is an anomaly. A large one. West of San Luis Obispo, and north beyond Morro Bay, is the dream home for publishing baron William Randolf Hearst. As a California native, I surprise even myself at never having visited Hearst Castle. So I bundled up my girls to check it out. It did NOT disappoint.

Outdoor pool, priceless art, guest homes, tennis courts, elaborate entertaining rooms, theater, zoo, and indoor pool. He must have had some sort of friendly competition going on with the Gettys. The footage they show of Mr. Hearst hobnobbing with 1920s Hollywood stars was just the best. Apparently Charlie Chaplin was a common guest. 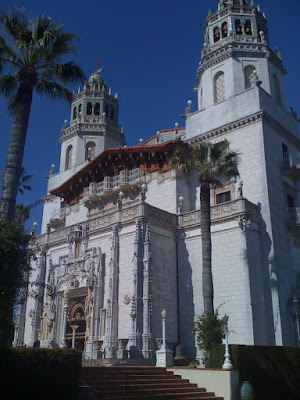 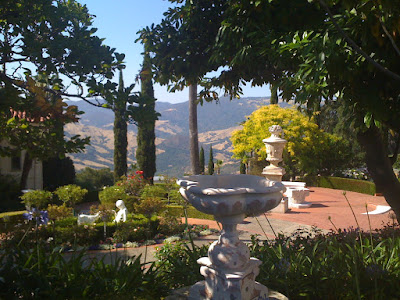 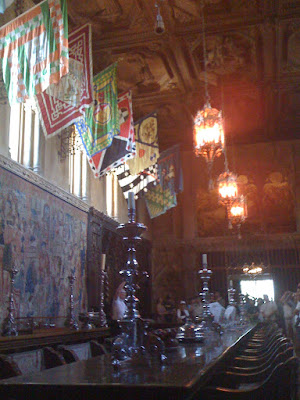 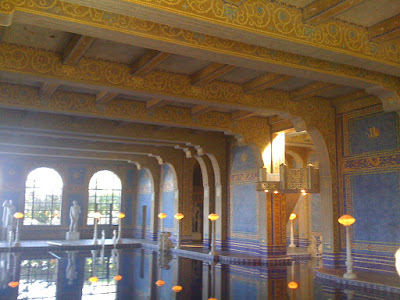 I LOVED this tour. Kid-friendly? No, of course not. The kids thought I was nuts. You had to reserve a tour bus. You couldn't touch anything. It was hot. There were rules. But the more stuff I do like this, the more inspired I become, which means more fun for everyone.

Finally participating in Delicious Baby's Photo Friday. It's been ages! And since it's still officially Thursday, we might as well check out Trekaroo's Spotlight Thursday too!

Things To Do
San Simeon
Posted by Lorraine Akemann at 11:17 PM

Definitely a cool place to visit! A castle in America? :) They could make it more kid-friendly if they allow us to jump into the outdoor pool. :)

I loved Hearst Castle too. I want to take all the tours. I am thinking we will probably wait a couple more years for the benefit of everyone else who will be on the tour with us. A couple of three year olds probably won't "get" what is so cool abotu the castle.

I visited the Hearst Castle years ago...I think I was about 12 years old...and I remember being particularly impressed by the pool. I'm thinking I probably wanted to jump into the pool, too :lol:

Perhaps I am now the last remaining California native over 40 who has not visited Hearst castle. Feeling jealous...

When I was a kid, I always pretend to live in a big big castle just like Sleeping Beauty, Cinderella, and Snow White. It was a crazy dream but I am so glad that there are already places which showcase castles which we can enjoy and experience now.

I am actually planning for a weeklong vacation in California next month and I am on the phase of drafting my itinerary. You have just given me a new idea or a new place to visit. I will sure include it on my itinerary of travel.