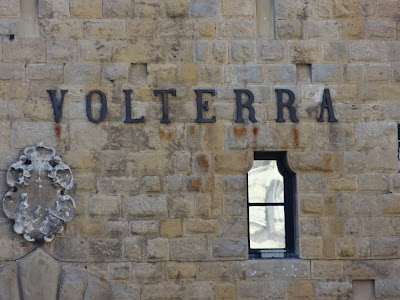 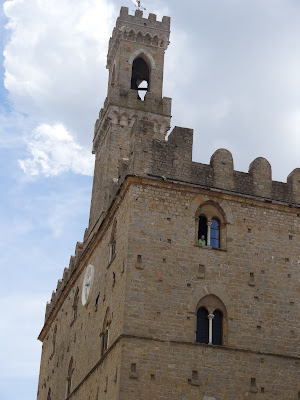 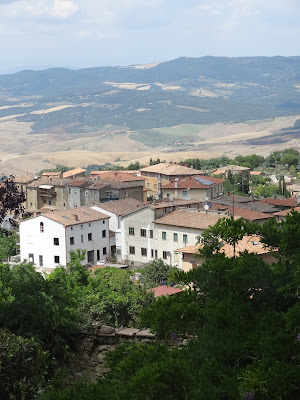 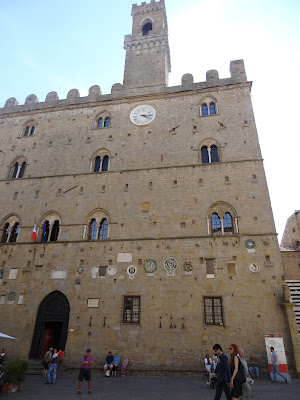 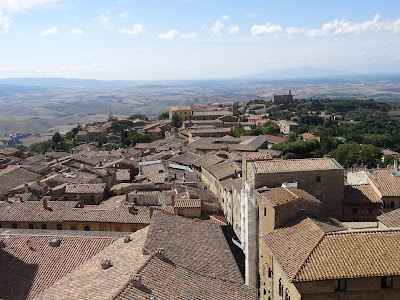 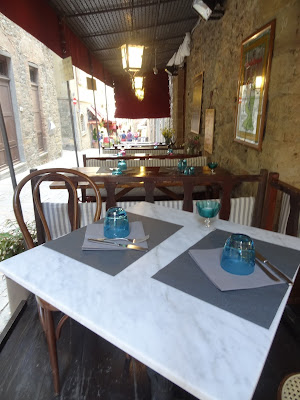 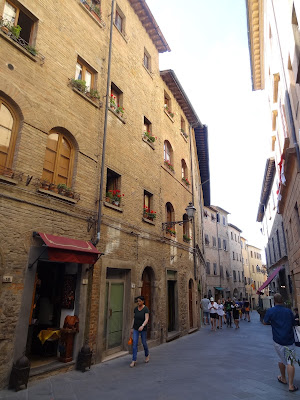 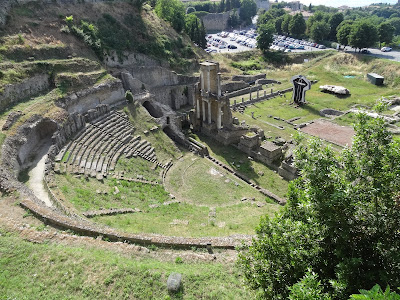 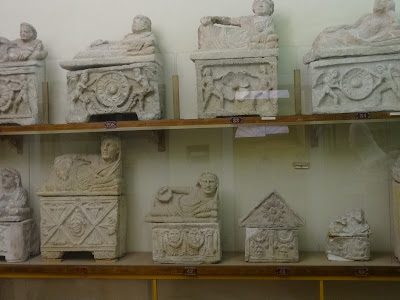 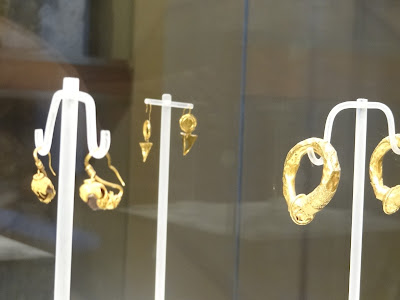 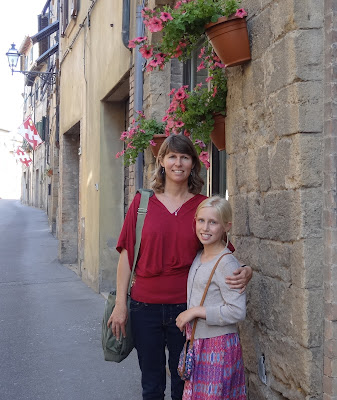 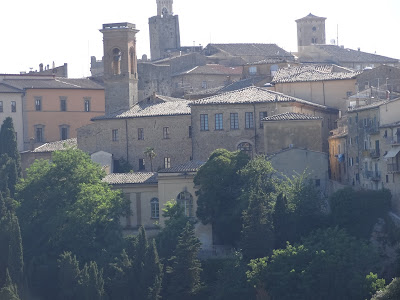 One of the coolest parts about touring medieval hill towns of northern Italy is that they are not just medieval, they are also ancient! Volterra is a walled city set between Florence and Sienna in the rolling hills of Tuscany. We went as a day trip while spending a week in Tuscany this past summer. Known to me only as "the vampire town where one of the Twilight films was shot", I was pleased to participate in a much richer history than expected. Beyond the castle tower and town square were several museums with ancient Etruscan artifacts. Etruscan tombs, pottery, coins and jewelry were mesmerizing in their detail. Just as astonishing was the Roman theater outside the city wall. Maybe it is this type of experience that puts Italy on so many travel itineraries. The more you look, the more you discover.

Posted by Lorraine Akemann at 12:56 PM