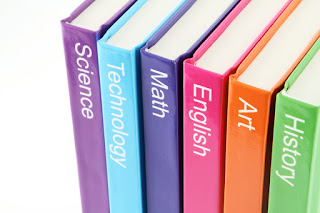 By sixth grade, extracurricular activities are ramping up. More children (at least in the Bay Area) are opting for year-round club sports instead of seasonal recreation leagues. Skill levels are increasing so much that it almost feels like 11 and 12 year olds are professional athletes, musicians, academics and performers. This type of environment is tough to keep up with, for both parents and students alike.

Such a competitive pace can take a negative toll. Early in the year, my daughter mentioned how she almost felt like an employee, being on the go from 8am to after 7pm each day. I will never forget that moment, and knew things had to change immediately. For the remainder of the year, we adjusted priorities with enough space and freedom for her to feel like the child (and not the employee) she really was. Where possible, days were calibrated to support downtime based on the week’s homework load and commitments.

I have a leftover tendency from the early years to tell the kids what to do. Middle schoolers may not appreciate this. They are at an age where developing independence is more important than following arbitrary mom-rules. Many times when I tried to tell my daughter what to do, she would (expectedly) resist. On the contrary, when I changed my tone and asked how I could be helpful, she engaged. Our relationship flowed more easily once we realized we were on the same team. And with all of the work middle school required, teamwork was a must!

Middle school is the first year of letter grades and Honor Roll in our school district, and keeping the grades up required hard work and focused effort.

Midway through the first trimester we logged onto the grading portal and were met with some surprise. My husband and I were used to the early (non-graded) years when the kids did well enough by being left on autopilot. But for middle school, autopilot didn’t seem to be working, and the stakes were slightly higher.

After tuning in more closely to the assignments, we realized it wasn’t academic capability causing the issue, but project management skills (i.e., keeping track of stuff, keeping it neat, keeping it on schedule). We did things like clean out the notebook, fortify the pencil pouch, and pay attention to the calendar. We touched base regularly on the progress reports. We emphasized that she engage with teachers directly to better understand directions and expectations. We offered to read essays for spelling errors - you know, the little stuff. Finally, we encouraged her not to ignore extra credit. When the grade is borderline, extra credit can be an excellent opportunity for improvement.

Understand the difference between best friends and true friends

During the the year, social circles seemed to form clearly defined boundaries, and different circles could at times initiate friction. On occasion where personalities in the grade started clashing, I voiced to my daughter that she does not need to feel tied down on any “sides” of friends’ disputes. Rather, using supportive skills of diplomacy can establish a sense of independence and lead to true friendships over time.

This year was both awesome and challenging. I’m glad I was able to help get it off the ground. But now, maybe I can tune into a few of my own issues. If you have any comments on the middle school transition, I’d love to hear from you.

Posted by Lorraine Akemann at 3:12 PM

Email ThisBlogThis!Share to TwitterShare to FacebookShare to Pinterest
Labels: Home and Family, Opinion