Finding a Developer for Your App 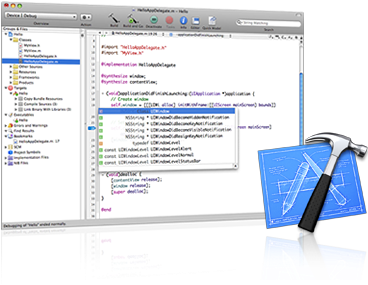 I'm coming across more people who want to make an app, but who don't know where to start in terms of finding developers. (I was LUCKY, I found a local Dad over Facebook who collaborated with me on My Little Suitcase.) But if I wasn't so lucky, here is some information I pulled together for those still searching...

THE FRIENDS & FAMILY WAY
Poll your personal networks by posting your criteria on Facebook or other sites you use. You might actually know someone (who knows someone) who dabbles in programming.

THE STUDIOUS WAY
Look up the apps you like on the App Store to get contact information on the developer, and inquire to see if they are taking contract work.

THE IN-PERSON WAY
Go to Meetup.com and search for iPhone + your zip code. Chances are there is a developer meet up near you. These are ripe opportunities for matching developers with work.

THE ON-THEIR-OWN-TURF WAY
Find developers in their own zone by posting on developer forums. Here is an example at iphonedevsdk.com.

THE SOCIAL-NETWORKING-FOR-APPS WAY
There are services that operate as social networking platforms just for mobile apps. The two I know of are Appolicious and App Boy. There is a Developer Directory on Appolicious, and an idea generation tool on App Boy, and both work to match ideas with developers. Very cool!

THE SPECIFIC WAY
There is a site, dedicated to this exact need called New App Idea. You submit your idea, and they match you up with bids from developers. Sounds like a good idea! Has anyone tried this?

THE DO-IT-YOURSELF WAY
App Building Engines are sprouting up so that more and more people will have the tools to drag and drop their apps into place, on their own. App Inventor for Android by Google (of course) is an example. I'm sure by now there are about 100 more.

Good luck on your endeavors, and holler if you have more ideas to add to this list!
Posted by Lorraine Akemann at 9:24 AM